We’re lucky enough to chat to musicians about their projects all the time. Their gutsy drive always inspire us and every now and again we ask the dynamos themselves to reflect on their Fund it experience.

Last month we had a chat with musician Jane Willow who raised €4,111 on Fund it for her Debut EP. 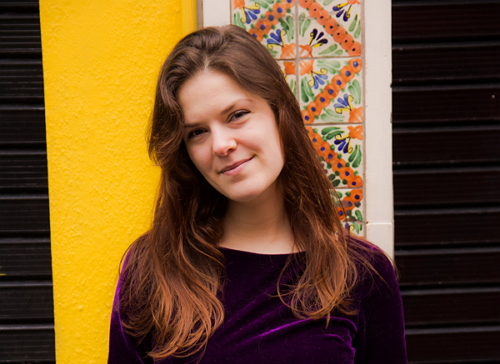 Tell us a little bit about yourself
I’m a Leonard Cohen and Nick Drake-inspired folk musician living in Dublin. I’ve done hundreds of gigs in small and large venues (and on the street) since I’ve been here. I started playing music because of one woman who was crying after my performance of the first song I ever wrote at age 17. To this day I still feel that this connection with people through music is the reason why I play music. Financially though, working in music can be tough. So in August 2017 I decided I was going to try and get the funds for my first EP together through Fund it.

What was the most important element of the campaign for you when planning it?
Research: In the lead up to my crowdfunding campaign I did lots of research on similar musicians like me. I looked up many one-(wo)man bands to see how they approached crowdfunding. It’s a little harder to raise funds as a solo act, assuming that a four-piece band would have four times more fans, friends and family to support them. So I did take this into account when I came up with the crowdfunding amount.

Preparation: Eventually I decided I needed to raise €4000 to be able to pay for the recording, mixing, mastering and the musicians that play on the EP. Two months before my November Fund it campaign I started booking gigs, working on the Fund it page (text, video etc.) and deciding which ‘rewards’ I wanted to offer for people that supported me. I offered free tickets to my EP launch concert with the €25 reward, which turned out to be a popular choice. I got pledges ranging from €11 to €250, while the average pledge was €40. This is just plain incredible to me!!

What part of the campaign was challenging for you?
The difference between funders and supporters: For every kind person that pledged there were many other people that didn’t. People can be encouraging, but aren’t always willing to take that extra step to help you reach your fundraising goals. Don’t get discouraged by this. Focus on the people that do support you and always remember; you’re the one with a dream, but that doesn’t mean other people should have the same dream.

What worked during the campaign?
Consistency: I raised the funds in November by doing about 8 gigs, Facebook live streams and by sending personal messages to people I thought might be interested in supporting me. If I was to do it again, I would have probably done the crowdfunding campaign in two weeks instead of four weeks. It was very hard to keep the momentum going with gigs, radio play and social media posts. And I think I would have had an equally successful campaign if I’d done it in two weeks!

How did you use the funds you raised?
The €4000 helped me record, mix and master this EP which has been invaluable to me. It’s June 2018 now, and whilst working jobs and trying to venture forward in the creative industry in music and sound, I also managed to record my Debut EP with the amazing Anthony Gibney at Audioland Studios, Leixlip. I got to work with people like Joanna Marie Burke, Eoin Healy, Dave Hingerty (KIla, The Frames), Vyvienne Long (Damien Rice), Derek Copley and Scott Flanigan. All that’s left now is album artwork (the CD cover) and CD printing and promotion (to help get the music on the radio).

I very much believe in these six songs and am so proud of the musicians, the recording studio and each and every funder that helped me achieve my goal. Everyone really came together to bring across what my music is about and I couldn’t be more happy.

What’s next for your project / creative journey?
Currently I’m working hard to save more funds myself to help promote this EP! I really want these songs to have a fighting chance and get them on the radio, in the media and at live gigs! I’m so blessed by the support I’ve gotten over the past 10 years, since writing my first song. Every donation, retweet, comment or song request at the radio station has brought me to this point. I can’t wait to see where it brings me next.

Jane’s single ‘Onward Still’ launches August 28th with a double headline show in the Cobblestone with Vinny Clohisey on August 30th. Her EP is due for release in November.

Thinking of crowdfunding for your debut album or EP? Check out our Creator Handbook and get started here.