Luan Parle launched her new album ‘Change Your Mind’ in February 2020, after raising nearly €8,000 from 173 funders via Fund it. Since the album’s launch, Luan’s voice has echoed across the airwaves, connecting with her fans and followers through this challenging time. We caught up with Luan and asked her for some nuggets of wisdom about how she ran her crowdfunding campaign. 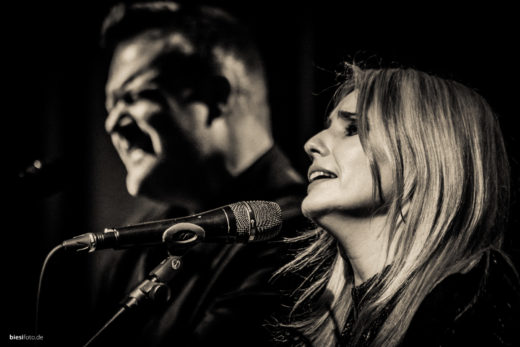 The most important element of my campaign plan was consistent online engagement through my social media platforms. When I first started my campaign I posted once a day but I quickly realised that every time I posted it would result in pledges. So I began posting 3 times per day. I feel that level of consistency really helped get my project over the line.

I think choosing a realistic target is really important so my advice would be to calculate your costs beforehand leaving a small contingency in place just in case your costs run over. Also make sure to factor in the cost of packaging, postage & the rewards that you’re offering.

Listen to the advice from the Fund it team. They have the experience and know what they are talking about. Remember that everyone is working towards the same goal – which is a successful campaign. After submitting your project, the team will guide you and make suggestions which will give your campaign a better chance of succeeding. If my first submission had gone live without the tweaks suggested by Fund it, I doubt I would have successfully reached my target.

I was pleasantly surprised by the support. It was my first experience with crowdfunding and before I started I was worried that I might not reach my target. It gave me great confidence when I received such incredible support.

Get your ducks in a row first. Make sure you have a growing, active social media fan base which can engage with your campaign.

Fund it enabled me to complete and release my album ‘Never Say Goodbye’ in February 2020. I had recorded my album over a two year period and in order to get it manufactured and released I needed funding. It had a massive impact on my project as without it I wouldn’t have been able to release the album. I would do it again in a heartbeat.

What’s next for your creative journey?

I have just released a second single from the album ‘Change Your Mind’. Due to the Covid-19 global pandemic, the initial plans to make a video for this single went out the window as did a lot of other things. I changed my plan & decided to issue a call out for home videos in the hope of raising spirits. I asked people who were staying home with their families and loved ones to star in the video and film themselves giving it socks and rocking out to the song. I was blown away with the response from people all over the world, from 8 month old Penny to 106 year old Nancy (who also happens to be the oldest independently-living woman in Ireland!). The video captures incredible spirit & fun.

You can watch the video here and check out more of Luan’s music on her website – https://www.luanparle.com