Woohoo! It’s our anni-birth-ary this week and at this time of year we like to take a deep breath and look at all the amazing connections, projects and creative endeavours that have grown out of our creative crowdfunding platform.
Did you know that over the last seven years, over 70,000 pledges from Funders has resulted in over €4 million paid to over 1,000 creative projects across Ireland through Fund it? That’s a lot of support for a lot of creativity and we’re so proud to be a part of so many creative journeys. 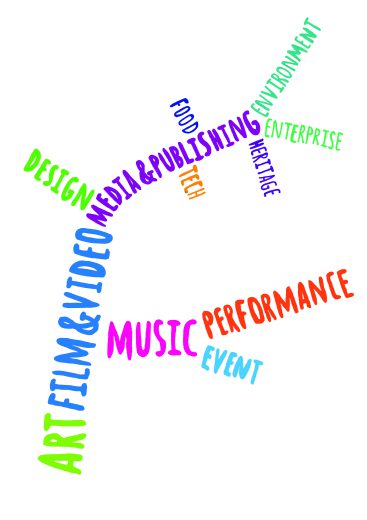 To mark this year’s celebration, successful Fund it project creator Pulled Print Studio, a collaborative screen-print and design studio based in Sligo, has created a special illustration for Fund it. The birthday illustration shows a roadmap through Fund it’s twelve categories. We always knew we wanted to support creativity in all its forms and after some thought, sweat and perhaps a few tears Fund it was born! Ever since, we’ve been on a roller-coaster journey connecting and supporting a massive creative community worldwide. One of Pulled Print Studio’s ultimate goals is to create a resource that the local community can use to develop and foster their own creativity. This resonates with our own mission!

If you’d like to celebrate our birthday, we’re running a social media campaign on Wednesday 21st March. Whether you’re a project creator, a funder or an all-round supporter, share your own Fund it memory on Twitter with the tag #FunditFlashback and celebrate being part of seven years of crowdfunding creativity.

Getting involved is simple:

Step 1
Think about your fondest memory related to Fund it  – did you smash your target in 5 days? Did you party with a gang of funders at a launch party? Did your rewards get sent to a far-flung land?

The Fund it Team