Clare Monnelly is an actor and writer who trained at the Gaiety School of Acting. She has worked extensively in theatre with Druid, the Abbey, the Gate among others, and was nominated for an Irish Times Theatre Award for her performance in Livin Dred’s ‘Bailegangaire’. In 2017 she wrote and performed her debut play ‘Charlie’s a Clepto’, which was nominated for two Irish Time Theatre Awards (Best New Play and Best Actress) and the Stewart Parker New Playwright Bursary. Clare was the 2017 recipient of the Tilestyle Jim McNaughton Artists Bursary to develop her second play ‘Minefield’, and was a member of the Irish Theatre Institute’s Six in the Attic programme. Most recently she was awarded the Dublin City Council Tyrone Guthrie Residency, the Pavilion Theatre Studio Space Award and the Pavilion Patron Donation Award to develop her third play alongside Livin Dred theatre company.

Clare raised €7,675 from 200 funders to produce her Dublin Fringe Festival show ‘minefield’ in 2019. We asked Clare to give us the lowdown on her crowdfunding experience on Fund it and give any budding theatre makers and creators out there some tips for success. 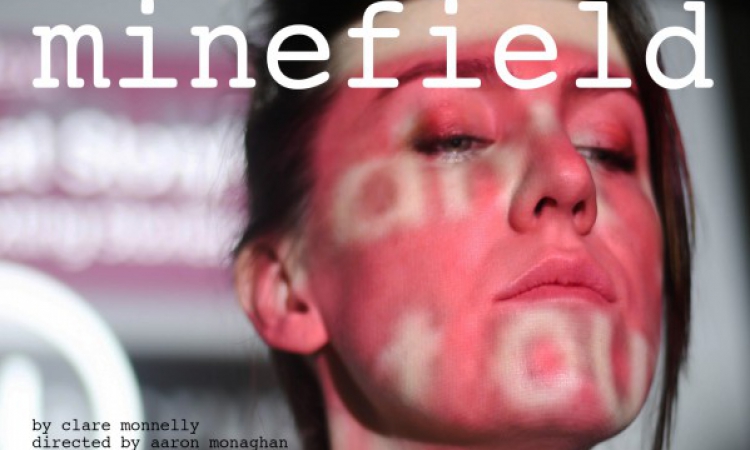 The most important thing I did for my plan was to pre-plan. Because I was the Producer, Writer and Performer of minefield, I had a lot of responsibilities to juggle, and so it was imperative that I had a solid timeline and plan in place for the Fund it campaign.

What worked during the campaign?

I was very conscious during the campaign of having a solid social media presence without overdoing it or saturating people’s timelines as I knew I would be calling on them again soon after to buy tickets to the show!

People’s generosity. I had originally planned to aim for a lower target but was encouraged by trusted advisors not to underestimate people’s generosity and interest in the work – I was blown away by the incredible support we got.

Plan ahead. Make sure you don’t offer rewards that aren’t feasible for you to deliver. Be proud of the work you have already created and enthusiastic about the work you wish to create – it’s infectious!

We raised over 7.5k on our Fund it campaign and our production could not have happened without it. I worked hard to raise funds elsewhere to bring our budget to where it needed to be but that injection of funds was absolutely invaluable. We are incredibly proud of the show we created – minefield went on to a sell out run in Dublin Fringe Festival and was nominated for three Fringe awards.

I had a year of plays ahead of me when COVID-19 hit, so things have changed pretty drastically! I am currently developing a TV pilot with Deadpan Pictures and writing my fifth play. Very much looking forward to being back in a rehearsal room!