Kildare-born, Cork-based songwriter, Sara Ryan has become a familiar face to audiences within Cork City as well as national venues. With a performance style compared to a young Edith Piaf, Sara continues to grace stages across Ireland and share her real and raw songs and stories. Sara flew through her Fund it campaign with masses of energy and enthusiasm, so we asked her to share her experience and new-found crowdfunding wisdom. 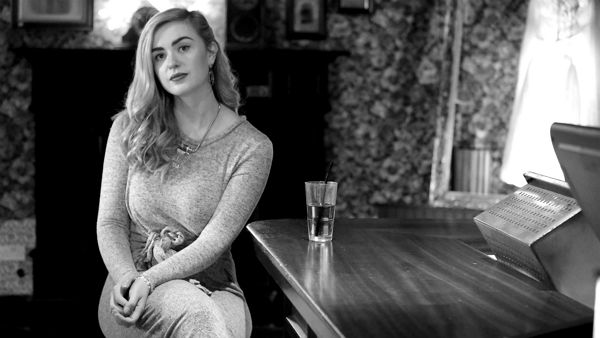 What was the most important element of your campaign plan?
The most important element of my Fund it campaign plan was organization and clarity. I wanted to ensure I was very clear about the rewards that I was giving to all of the contributors and to make sure the rewards were of the best standard they could be. This is why the video was key, as I could explain my project and the rewards very clearly and from the bottom of my heart. Recording my album has always been a dream so I wanted to make sure I expressed how much it means to me when anyone contributes. I was overwhelmed with the kindness of people!

What worked during the campaign / what didn’t work?
I found sending personal messages to people directly about the campaign was great. I got to communicate personally with each person in a unique way depending on my relationship with them. I could clearly explain what I was doing, why I was doing it, and how much a contribution of their’s would help. Also I could let them know I had a reward for them. You’d be surprised by how willing people can be to listen when your honest and they understand how much you love what you do.

What surprised you most about the process?
What surprised me the most about the whole process was how quickly everything can change. I went into it unsure of the outcome, but I knew I would just try my best as that was all I could do. The amount contributed by funders progressed and fluctuated drastically, it was amazing! One day it could be to €5 the next €1000, I didn’t expect that at all. People are so supportive of what you’re doing when you have honesty in how you do it.

What is your TOP tip for creators thinking of launching a crowdfunding campaign?
My top tip for project creators running a campaign would have to be to keep at it every single day. Designate two hours per day to emails, messages, chatting to people – and word of mouth is a big one! When you’ve shown in the past that this is your career and you’re serious about it, people are so willing to help when they can. Humans are brilliant!

What’s next for your project / creative journey?
The next step on my journey is the release of my album. I’ll be releasing it in September. I’m touring Ireland and some dates in Germany and Switzerland with my album. I have a mini tour coming up in the next few weeks which is the single launch of the first single I’m releasing from my Debut Album. I wouldn’t be doing this if it wasn’t for all of my contributors and if it wasn’t for Fund it. They are such a wonderfully helpful organization, and they will help you in any way they possibly can. I’ve also been sending out rewards gradually to each contributor. I played some house concerts in beautiful peoples’ houses, I have tickets ready for people who will attend my tour ready as this was also a reward. And I’m in the process of sending out lyric sheets of each song from the album along with it. Some venues have contributed so part of my tour dates coincide with a Fund it contribution which is so cool! I will be sending an album individually to each funder with a special thank you. I’m so excited to do this as I feel so honoured to receive so much support and I can’t wait to thank people for their kindness. It’s been amazing doing that so far.

You can check out Sara’s crowdfunding campaign here for some inspo and find more about her tour dates on her Twitter page.