Banjo is written and directed by Ger Thompson and produced by Eileen McCarthy Thompson. BANJO is our first short film. This follows the completion of our first feature length film FLOWER which Premiered at The Underground Cinema in Dublin 2012. BANJO will be shot in four days in various locations around Cork and Waterford. The cast and crew are already committed to the project and are standing by for the shoot in early September.

Your contribution will help us pay towards the travel and food costs for cast and crew along with other production costs, but more importantly to help us package this film and send it to festivals worldwide ensuring the end product will have an audience.

SYNOPSIS
Code named BANJO, illegal immigrant JUMA PANJA finds himself in the grip of notorious Irish crime boss MR. GOODMAN. When Banjo's first job for his new boss goes wrong, he sets about trying to retrieve the lost loot with MR. GOODMAN’S short tempered and heavily tattooed bodyguard PADDY. Things take a turn for the worse when they stumble upon a lunatic farmer wearing flowery Wellington boots and his conniving son and stoner MIKEY. When BANJO and PADDY get kidnapped by the father and son team, BANJO is convinced it is the end for him and his new partner in crime, but after the farmer makes racial references to BANJO, PADDY makes the decision that it is do or die time, and so begins an hilarious three way standoff in a remote corn field in southern Ireland, but when the dust settles and they can’t find the money, there’s still one thing left to do. Break the news to MR. GOODMAN.

THANK YOU.
At this point we would like to take the opportunity to thank all involved in this film for getting us this far in the project and an even bigger thank you to those of you who deem it worthy of your financial support!

We finished filming Banjo Sunday evening after a 4 day shoot as planned. Cast and crew worked hard and we are delighted with the results. Everyone involved were a pleasure to work with and are really looking forward to the end product. Director Ger Thompson and Director of Photography Jose Pereira are meeting today to go through shots and get a rough cut. We have also contacted a composer to compose some music for Banjo. We'll have more on that within the next few weeks. Once again that you for your support, there are many people that helped us with this production in various ways and all equally appreciated.If you would like to see some behind the scenes footage then check out our Banjo short facebook page. We'll keep you posted.

Thank you again to all our funders. This is a quick message to keep everyone updated. We are having a full cast and crew meeting in the morning to tie up any loose ends. There will then be a final rehearsal with the cast before filming commences Thursday the 29th of August. We'll keep you posted.

We are getting great support and encouragement which is helping to keep this project going. The Dungarvan Observer had a write up this week about Banjo. We have our location for an old farm yard with offers still coming in. Unfortunately Dan Connors had to leave the project but we have a number of great actors reading for the part in the morning. We are confident the part will be recast in the next few days.The schedule has been drawn up with filming beginning earlier than originally planned. We now hope to star shooting the last weekend in August. We are nearly half way there with our fund it campaign so the final week will see a major push to make our target. Thanks again for your support, we look forward to making this film and we'll keep you posted.

Thank you for your support and getting us this far. We really do appreciate it. At present we are organizing rehearsals for actors. Ger is busy with the storyboard and Eileen is writing up the schedule.We were on Youghal Radio this morning talking about Banjo and about our search for a location. If anyone could help it would be great, we need an old bungalow with a yard. The more run down the better. If anyone can help let us know.Thanks again. 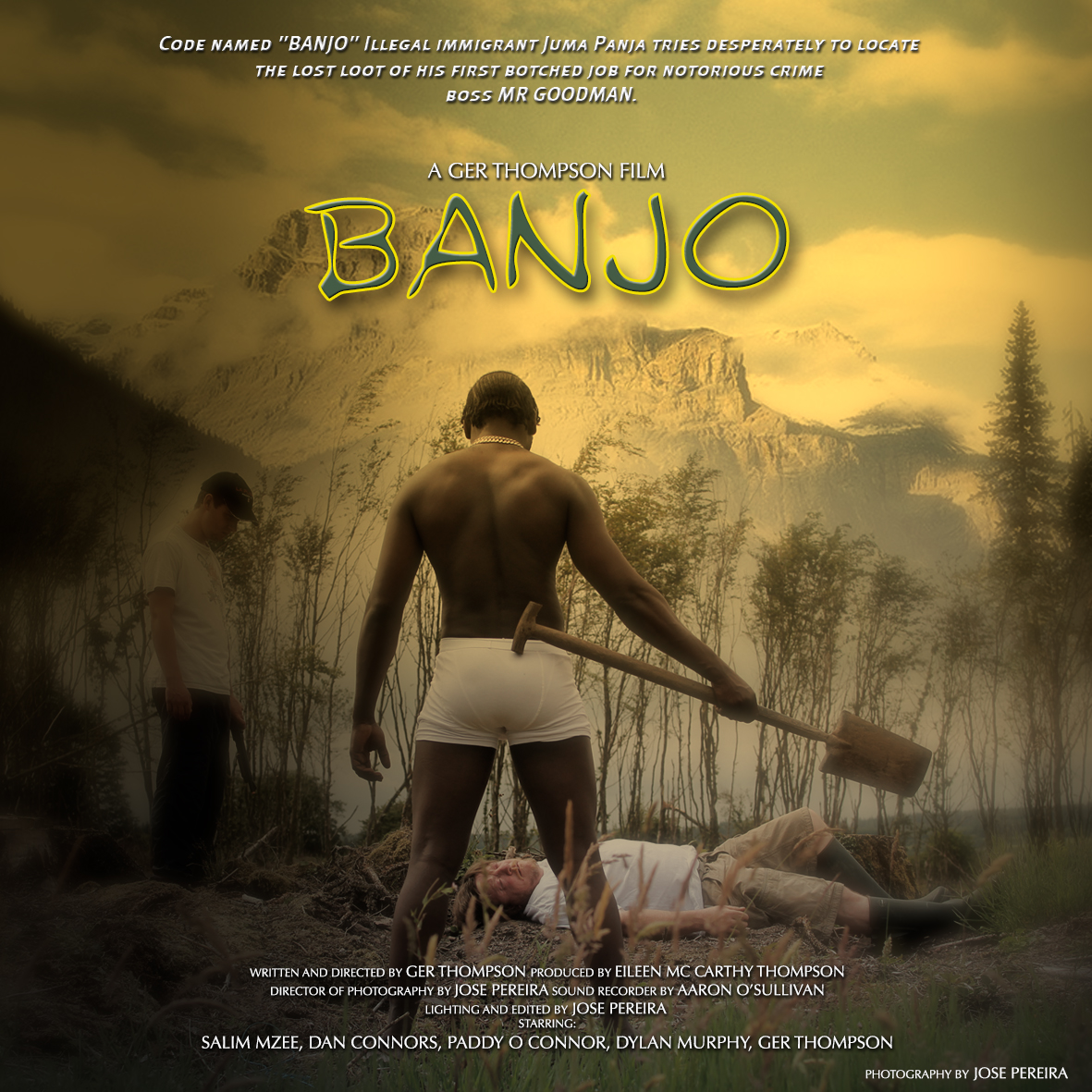 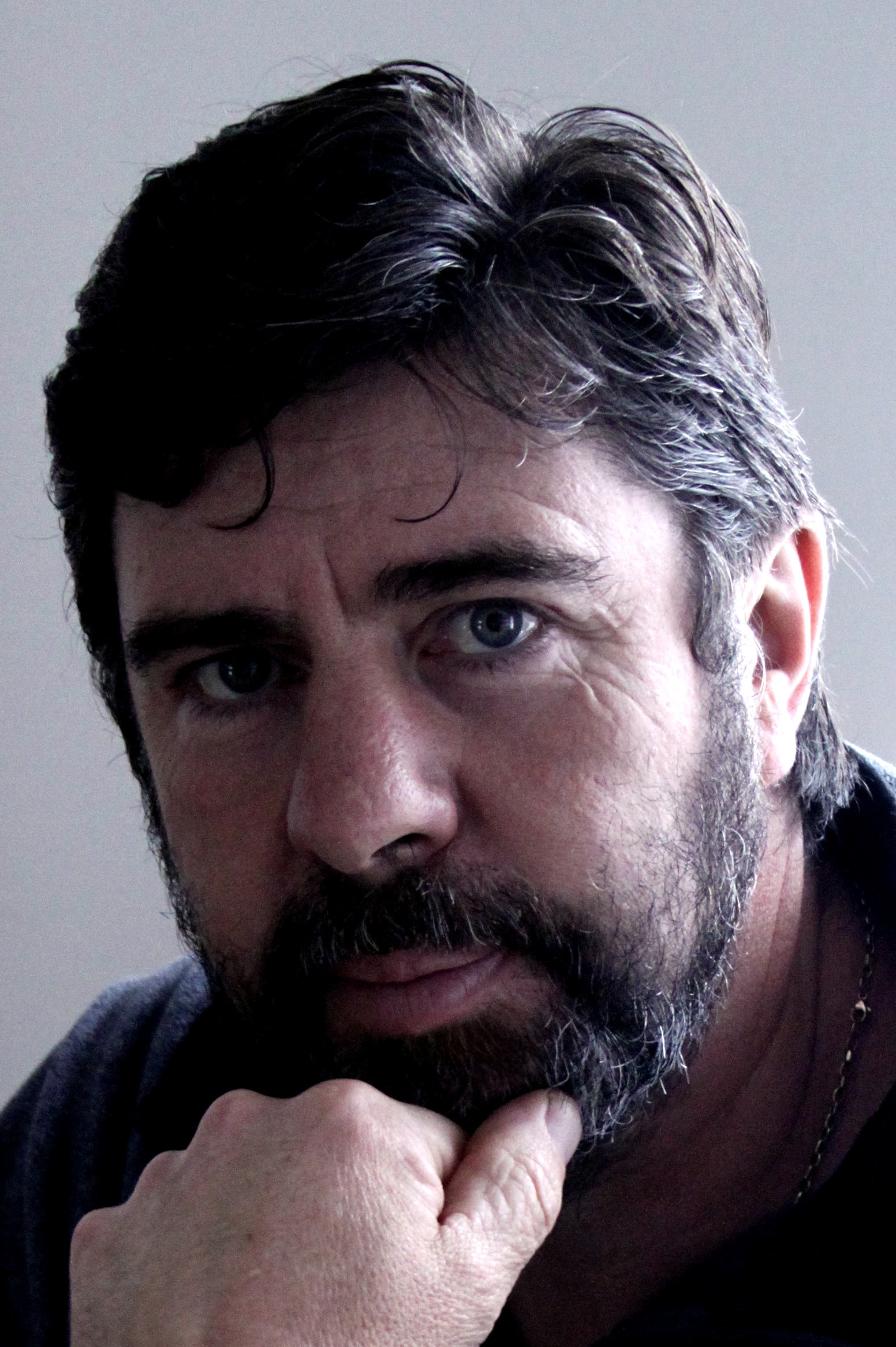 HARRY HAMLET AND I