Beyond Therapy by Christopher Durang

Some Yank's Theatre Company is a theatre company dedicated to bringing you great American plays that just aren't seen enough in Irish theatre. Last year, we put on Neil LaBute's The Shape of Things, and got a very good reception. We're setting our sights higher- This year, for our second full production we will be bringing you Christopher Durang's hilarious play, Beyond Therapy.

It's the 1980s. Two 30-ish New Yorkers, Prudence (Suzie Houlihan) and Bruce (Darren Killeen), are searching for happiness and solace. Problem is, neither of them seem to know where to find it. They certainly aren't going to find it in each other's arms, judging by their disastrous blind date. Probably doesn't help that they keep running into each other. And it DEFINITELY doesn't help that their therapists are just as screwed up as they are. Add a Snoopy Dog puppet and Bruce’s male lover into the mix, and you've got one of Christopher Durang's best works, both bizarre and brutally hilarious. It's a play that starred Sigourney Weaver in its original run, and delves into a lot of issues that are still relevant today, like love, mental health, and gender and sexual politics.

Performances will be in the Pearse Centre, Dublin, from the 15th to the 19th of October!

At the time of writing, we nearly have our cast together. But there's still lots to do. Rehearsal space, advertising and venue hire isn't cheap, plus there are a few expensive props to source (The Snoopy puppet, for one thing) - we need your help! 2,000 euro will cover performance rights, venue hire for the week of the show, advertising, props, and the majority of space rental for rehearsals.

Please contribute whatever you can - we'll make it worth your while. Thanks for reading!

-Liam Hallahan
Artistic Director of Some Yank's Theatre Company
This play is produced with kind permission from Samuel French Ltd.

One week to go!

We've still got a ways to go, so please share this with all your friends! The more word gets spread about this show, the better! The €100 euro reward tier is sold out, but that doesn't mean it's completely off limits! If you're interested in advertising your business or upcoming show at ours, you can contact us directly after the funding campaign finishes!

We have our cast! 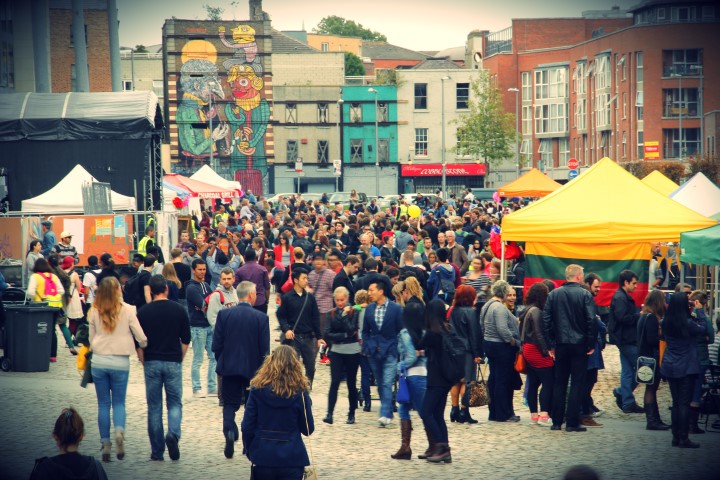