Na Píobairí Uilleann was founded by uilleann pipers, including Seamus Ennis, Leo Rowsome, Sean Reid and Breandán Breathnach in 1968 to arrest the decline of this most Irish of instruments.  At that time there were fewer than 100 players of the uilleann pipes in the world. Over the last half century our work has resulted in a situation where the number of players around the world is now estimated at over 6,000.

Among our other activities is the building an archive of material relating to the history of pipes and piping. An aspect of this work is the accumulation of images depicting the pipes, and historical depictions are particularly valuable, as they throw light on the history of the instrument in Ireland and also on the development of Irish traditional music.
Occasionally an opportunity arises to acquire an original painting, and one has surfaced which would be a valuable addition to our collection.

The painting is by William Brocas RHA and was painted in 1840. It is entitled "The Piper's Wee Dram", and depicts a player of the union (uilleann) pipes standing in a tavern sipping a glass of whiskey, while his pipes lie on the bar beside him.  William Brocas (1794-1868) was a member of the celebrated Brocas family of painters; his father was the famous Henry Brocas. This painting gives us an idea of how the player of our instrument was perceived in pre-Famine Ireland, and also gives us an image of a particular instrument. Artist's depictions of instruments cannot always be trusted, but several aspects of the instrument depicted here are of interest.

It is a bellows-blown set, which places it in the Pastoral/Union/Uilleann pipes camp. It appears to be quite small, and the ends of the drones have a particular type of tulip-shaped style, both of which features resemble the famous 'Lord Edward' set at the National Museum of Ireland. That latter set is made in ivory however, whereas this set is depicted as black in colour, perhaps made of ebony or a similar tropical hardwood.

The appearance and setting of the player is also informative. Although the instrument, when it first appeared, was the preserve of the moneyed classes, by the early 19th century it had begun to lose its fashionable status, and to fall into the hands of 'folk' musicians, by whose hands, )and on this instrument) what we now call 'Irish traditional music' was originally formed. The player in this picture is shabbily dressed and is apparantly standing in a common tavern, not the context or appearance we would expect for a 'gentleman piper'.

So, all in all, this picture tells us a great deal about the history of piping, and would be a very valuable addition to our archive. 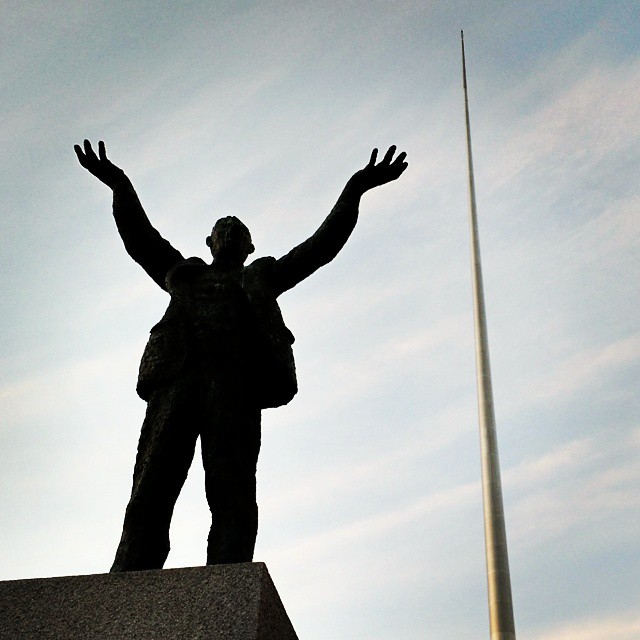 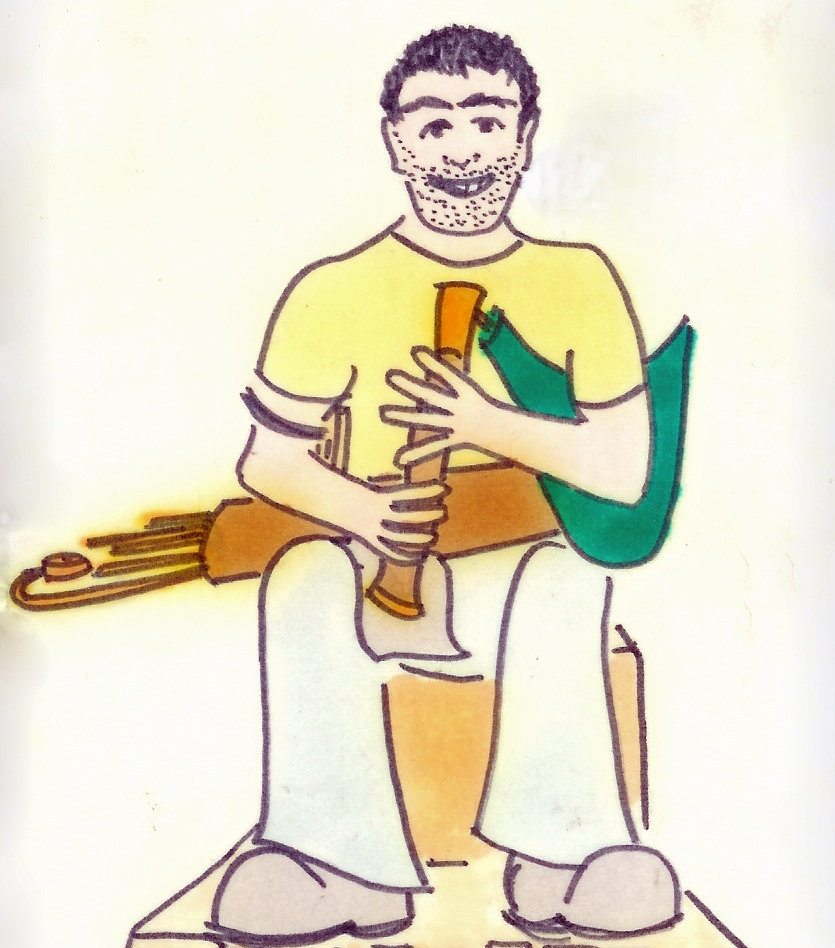