This project is for everyone that wishes to explore the many possibilites of their imagination, run by myself, Ronan Burke. What I aim to do is use the best web technology to provide people with a freely printable and downloadable community orientated tabletop roleplaying game, complete with richly detailed campaign worlds.

Funding is needed to help develop the sophisticated software needed to do this and provide the best possible artwork for your enjoyment. I passionately believe there is a need for this as well as a place for new artists to show off their work, and writers to get the word out about their literature.

Tabletop roleplaying is a very different experience to computer gaming, even over a network. When you have a group of people sitting at a table in the kitchen or living room, the atmosphere and sense of community is great, with everyone contributing a little to the enjoyment of the group as a whole - you are the story!

Codex Imaginata translates to "The Book of the Imagination", and is a multipurpose game system, covering everything from fantastical worlds of wizardry and warriors, to swashbuckling pirates, to modern day whodunnits, to futuristic adventures on the high frontier of space.

Of course there is more, the Codex Imaginata platform will be a springboard for new literary talents in the fantasy, horror, and sci-fi genres, a place where people can come and discuss the game and suggest new ideas, and will have numerous campaign worlds built into it. It will be a place where the imaginative creative arts can flourish and grow.

There will be numerous prebuilt campaign worlds for people to enjoy as well, including:

Fantasy - the decaying Empire of the Twin Rivers and the magic and mystery of a spectacular conflict between the old and new, with demon haunted forests to the west and canyon cities of the Young Kingdoms to the south. Ornate cultures, strange beasts, and a richly detailed history, perfect for adventure.

Steampunk - join the world of Sherlock Holmes in a Victorian milieu of brass and steam engines with a twist: the fountain of youth has been discovered! As the wealthy noble classes live far longer, the advance of science is slowed in favour of eccentric theories and the occult. Mad scientists twirling moustaches and dark continents abound, goggles down and cannons up!

Floodlands - explore the post modern world where global warming has caused widespread coastal flooding, corporations vie for control of the seas with governments, and your submarine is your home. Adventure beneath the waves!

Science Fiction - set many hundreds of years in the future, where giant trading ships move at near lightspeed between stars, and every solar system is it's own unique world. When travel times are but weeks for the crew and decades for everyone else, the future can be an eerie (but exciting) place!

Take a look at the Codex Imaginata blog for more information on the project! http://codeximaginata.blogspot.com/

There are 2 public funders of this project 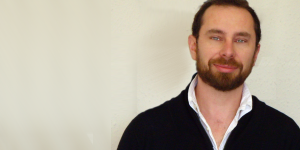