By The House Presents

This project is about giving a voice to people and more particularly to the larger than life women running the brothels of Monto, the infamous area known for being frequented by everyone from James Joyce to the British Royal family. Today, even the names of the streets have been changed to leave no trace of its former decadence. By funding this project, you will help bring out the untold story that played a part in the formation of our state.

Staging it in Annesley house under the moniker of the 5 Lamps Arts Festival fits perfectly: our goal is to bring to life the untold memories and ghosts that once walked our streets.
Ladies night will be staged with a cast of six and will also feature explosive live music from the era. Through tunes and songs, you will be given the unique opportunity to go back in a time erased from our history books.

Fionnuala Halpin is an artist and writer based in the North Strand.  Her versatile artwork is regularly exhibited around the city. She also studied acting and has worked on stage and screen here and abroad as well as teaching drama and art for several years to students of all ages. Engaged and inspired by her local area she is one of the founders of the very successful MudIsland Community Garden, winner of several prizes in a relatively short existence. Her interest in the history and the hidden stories that lie beneath the streets of her area along with this unusual patchwork of passions, creativity and experiences all come to existence in her latest venture: Ladies Night – A Play.

The cast are composed of actors and musicians from all ranges of backgrounds. Actor Ciaran Kenny and musician Ger Loughlin are members of the Dublin City Workingmans band- an upbeat trad group not seen enough on Dublin stages. Michelle Costello and Mary O'Doherty are seasoned performers who take to the stage as Madams like old pro's. Elaine Treacy is making her acting debut but already looks like she's been walking the streets (boards) for years. More cast members to be announced.

The money raised will ensure that the actors and musicians who will be part of this adventure will be paid a reasonable fee. Weeks of rehearsals represent a very costly dedication for people who rely on acting work to live. It's a leap of faith but we're ready to take it and we can't do it without you.

Thank you so much for your support!

Cast, director and assistants will be meeting on Monday 24th morning for the first reading in situ... We're delighted & excited (but broke!)

Isobel Mahon will be Jacinta

Isobel Mahon’s recent TV work includes Bernie McMahon in the series 4, 5, 6 of The Clinic for RTE and Clarissa in the series ‘Legend’ for Fridge Films’. She played Michelle in the RTE series Glenroe for sixteen years. Other TV work includes The Governor by Lynda La Plante and Family by Roddy Doyle for BBC/RTE. Isobel has worked in all of the main Dublin theatres. Most recently in Mum’s the Word at The Pavilion and Taking Steps at the Gaiety. She was awarded a Harvey’s award for Best Newcomer to the Irish Theatre for Semi Private by Mary Halpin at the Gate Theatre. As a writer Isobel has had The Bureau of Investigation and Preservation of the species produced for RTE radio. So Long, Sleeping Beauty was produced in Bewley’s Café Theatre, in Little Theatre of Chester, Massachusetts USA, in Oran Mor Theatre, Glasgow and for BBC Radio 4.It was also part of the Gay Pride festival in Canterbury. Isobel was for some years a regular writer on Fair City. Her recent writing for theatre includes The Life and Times of Selma Mae’ (rehearsed reading) ‘Ghost Stories’ at the Mill Theatre, Dundrum, ‘Billy the Boat Loves Angelina’ at The New Theatre, Temple Bar and ‘Box of Frogs’ all directed by Caroline FitzGerald, in the main theatre of Smock Alley , and a National Tour in 2013. She also appears as a regular panellist on the tv3 show Midday.

Our cast of brilliant actors & musicians for what promises to be a very exciting night out!

We're very excited to have Geraldine on board! Here's her impressive biography... Geraldine is originally from County Armagh. In 2013 she completed the one year Programme for Screen Acting at the Factory in Dublin where she worked with Kirsten Sheridan, Shimmy Marcus, Lance Daly, Maureen Hughes and various leading Irish film and TV directors. Geraldine is a member of The Actor’s Studio in the Factory. Geraldine has also trained with the Gaeity School of Acting and the Focus Theatre. Geraldine's film and TV credits include How to be Happy (screened at Galway Film Fleadh 2013), ANTON, The Incredible Shrinking Office, Bright Idea, The Christmas Ward, Murphy's Law, The Guards and Portrait of a Zombie (Galway Film Fleadh 2012 and Winner of the 2013 Underground Film Festival's Best Independent Feature film award). Geraldine's performance as Lizzie in Portrait of a Zombie led to her being long listed for an IFTA for Best Actress in a leading role in a feature film in 2013. Geraldine’s theatre credits for acting include Susan in Little bits left over as part of The Big Green Apple Festival 2013 (run by Origin's 1st Irish Festival New York and The Attic Studio in Dublin), Hannah Kennedy in Mary Stuart, Charlotte in Beyond Therapy!, Madge in Philidelphia Here I come!, The Blind Woman in Storytaker (Dublin Fringe 2008), Mammy in The Cripple of Inishmaan, various characters in the longplay improv Spoonfed (Dublin Fringe 2005). Geraldine’s radio play credits include Mildred in Something Slumbers. Geraldine’s directing credits include The New York Monologues and The Cripple of Inishmaan. Geraldine’s writing credits include her short play Knowing which was selected for Fishamble's Tiny Plays for Ireland in 2013. Geraldine can be seen this spring on TG4 in Stirling Film and Television Production’s Scup.

Just to keep you updated- Alan Burke is in! So is Geraldine McAlinden! We've asked them to send us short biogs and photos and when we get a chance we'll share them with you... oh and it's Friday!

Just to keep you updated- Alan Burke is in! So is Geraldine McAlinden! We've asked them to send us short biogs and photos and when we get a chance we'll share them with you... oh and it's Friday!

We've had a few cast changes - Ciaran Kenny and Mary O'Doherty are over committed elsewhere. So we've got award winning actor/director Paul Farren co-star of feature film 'Where the Sea used to be' taking the role of Francie. We're very excited- he's going to sing as well! More casting news to follow...

Day 1 of our fundit campaign!

Thrilled to put this out there... 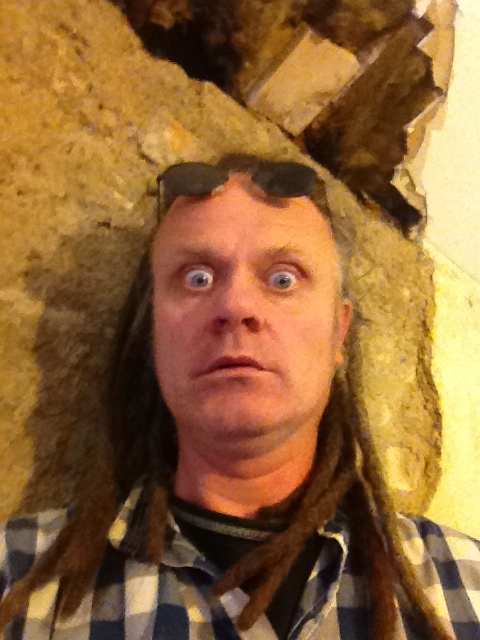