I am a singer/ songwriter living in West Cork. My background is in drama. I have a 2:1 BA Theatre from Dartington College of Arts. This adds a dramatic component to my performances. My debut album A Garland for a Straitjacket has been 4 years in the making and explores madness. You will be funding a project that raises awareness in mental health with 12 piano-based songs. I have dug deep into my psyche and soul for this process. I work in an intuitive way. My songs were born out of an intense inner conflict. My work explores the human condition and my fascination with both the vulnerability and the fierce rebelliousness of the muse and how society treats her. I bring you a unique, dark, poetic and at times disturbing sound.

So if you like your singer/ song-writers with an intellectual, as well as an emotional, component then I'm your woman!

I spent two years in a band called Co-Star gigging and recording in London in the mid-1990's. Co-Star were popular with fanzines and had a cult following regularly gigging in venues in and around Camden; Dublin Castle, The Monarch/Barfly, The Bull and Gate, The Laurel Tree, Dingwalls, The Red Eye Club, Upstairs at the Garage, Hope & Anchor, Water Rats amongst others and came to the attention of record labels Mushroom, Mute and Creation. We also came to the attention of Melody Maker's Steve Lamacq via a compilation we were featured on called Snakebite City. Here's what he had to say;

“What Snakebite City does best is showcase a handful of all-girl/ girl-fronted bands which include the lurching Co-Star... now 'Girlie' is glitter, big boots, guitars and volume. Good. The scarier the better!” ~ Steve Lamacq, Melody Maker, Dec 1997.

In my songs I use metaphor, story-telling, magical realism, archetypal energy and I have mined the depths of my being for raw emotional power. For this album I have drawn from a wide range of influences; Angela Carter's dark fairy tale The Tiger Bride, Jean Shinoda Bolen's Goddesses in Every Woman, Leo Tolstoy's doomed heroine in his novel Anna Karenina, the psychology of Carl Jung and enduring pin-ups and glamourous screen icons like Bettie Page, Marilyn Monroe, Vivien Leigh and Frances Farmer who experienced emotional instability and incarcerations in mental asylums.

I need to raise €5,000 to start the recording process this Summer with producer Wayne Sheehy at Ocean Studios in West Cork. Your money will pay for the recording process as well as the mixing, mastering, duplication and artwork of the album. Please help me to realise this part of my vision. I am beyond excited about taking this project to the next level and ready to deliver. You will be helping an original, imaginative and sensitive soul to emerge and share her gifts with a wider audience. Thanks a million for taking an interest in my project.

There are 7 public funders of this project 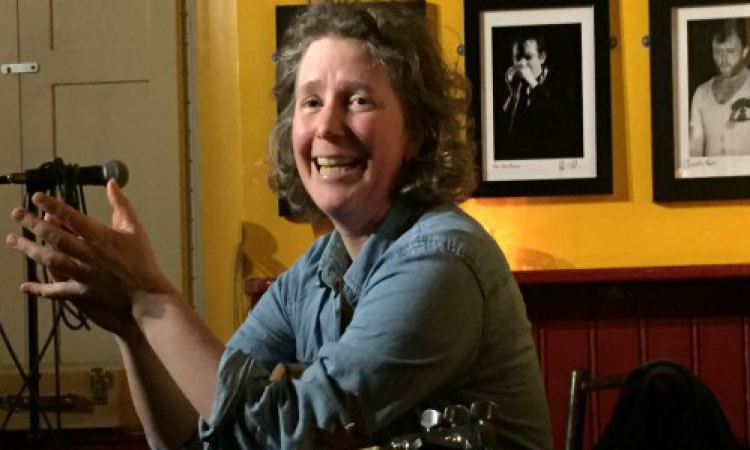