THE ART OF WEDLOCK (five one act plays)

With 'The Art of Wedlock', Matthew dusts off a collection of rarely, if ever, seen one act plays. Ranging from the absurd to the philosophical, together they tell a heartfelt, funny and poignant tale of the extraordinary institution that is marriage.

This is Speckintime's FIRST theatrical production, and as such, we are seeking some financial support to help pay for the lighting & sound design, set & costume, and also the printing costs associated with this production. A huge thank you in advance for your kind support.

THE PROPOSAL by Anton Chekhov
HERE WE ARE by Dorothy Parker
A MATTER OF HUSBANDS by Ferenc Molnar
THE PROBLEM by A. R. Gurney
ENEMIES by Neith Boyce & Hutchins Hapgood

MATTHEW RALLI: is a Graduate of The Gaiety School of Acting. As an actor he has worked with such theatre companies as: Decadent, Pan Pan, Barnstorm, Hurricane, Duggan/Logue, Peer to Peer, The Jack Burdell Experience, Pageant Wagon and Mouth on Fire. His film and TV credits include King Arthur; Love is a Drug; Fair City; Titanic – Blood and Steel; and The Inquiry.

CARL KENNEDY: Carl is a Graduate of The Gaiety School of Acting. He has a comprehensive career in sound and lighting design for theatre. Being nominated three times in the Irish Theatre Awards for his work. His work includes King Lear, Alice in Funderland, No Romance (Abbey Theatre), Peer Gynt (Dublin Theatre Festival), Little Gem (Gúna Nua), Living the Lockout (ANU) as well as many other high profile companies and theatres.

MELISSA NOLAN: Has produced 20 Beckett productions and performed 10 Beckett plays (three World Premieres, one European Premiere) for Mouth on Fire, which she is co-founder of. She holds a Masters Degree in Performance Drama from University College Dublin; has traveled Ireland, UK, Russia, India and Japan with her performances and is currently exploring the Beckett Actor; a comprehensive study of performing Beckett.

Our final member of our cast - DOROTHY COTTER....... super, fantastic, great, brilliant.... the list goes on

Speckintime are DELIGHTED to announce that Simon Toal and Anna Sheils McNamee will be both joining the cast of The Art of Wedlock. Both Simon and Anna have a fantastic wealth of work behind them and no doubt will bring some of their magic to this production.... 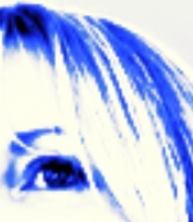