'The Devil's Double', which tells of Latif's early years in Iraq where he was forced to become Uday Hussein's double and bullet-catcher, was made into a movie and released in 2011. It enjoyed a worldwide release and much critical acclaim. With your help, we can make the sequel, 'The Devil's Revenge'.

Latif Yahia has written three books serialising his life. 'The Devil's Double', on which the previous feature film is based, 'The Black Hole' which relates his time pressurised by the CIA and on the run through Europe, and 'Forty Shades of Conspiracy', which tells of his years in Ireland and how he was continually victimised and denied Irish citizenship despite having an Irish wife and child. He has also written a fourth book, 'The Hangman of Abu Grahib', yet to be published.

The development funding for this movie will be financed by astute independent investors like you around the world, who believe in justice, freedom and humanity; and would like to be credited with making an action movie of Hollywood quality.

In The Devil's Revenge, it is intended that Dominic Cooper will again play both roles of Latif and Uday. Discussions are also ongoing with two top directors. Although the total budget for the movie is considerably more, the money raised here will allow these options to be finalised and for the project to progess. We have a great team on board, and are dedicated to making this film a reality. This Fund it campaign, while only a small amount towards the total target, allows our fans and followers to become a part of this movie, and your support will be vital in beginning the complex process of making a film of this calibre. It is very early stages for this film and we have a long way to go and a lot more money to raise to complete it. All rewards relating to the finished film will be dependant on the successful completion of the film.

Thank you for your support and for being a part of The Devil's Revenge.

Most of you will have seen the movie of my time in Iraq when I was forced to become the fidai (bullet-catcher) of Uday Saddam Hussein. That movie was based on my first book, 'The Devil's Double'. Whilst that movie was very popular on it's release all over the world, my memories of it are tainted by arguments with the producers over the way my story was told. After a legal dispute, I now own all the film rights. Not only for that first book but also for my second entitled 'The Black Hole' which continues my life-story after I left Iraq. It has been described as a true-life Jason Bourne 'cat and mouse' adventure through Europe as I struggled to find a peaceful life and avoid pressures and threats from Uday, the CIA and European secret services. A screenplay has been written which is very true to the book provisionally called 'The Devil's Revenge'. But I do not want the story altered by producers or influenced by government agencies. I have therefore decided to try and produce the film by myself. Millions of people around the world enjoyed 'The Devil's Double' and, if you would like to see a sequel then this is your chance to help make it happen. Many projects are now 'crowd-funded' and I ask if you could donate 10 euros (or more if you can afford it) to help get this project into production. If you can help, you will be kept informed of progress and your name will be included in the credits. This is an exciting opportunity for me and, I hope, for you. It will result in a movie that will make the world sit up and take note of how international politics and governments work and how badly they treat individuals. I thank you. Latif Yahia. http://youtu.be/t7S0nHNs4hE

The details of the movie: Genre: Action Studio: Lionsgate Based on a gripping, unbelievable true story of money, power and opulent decadence, Lionsgate's THE DEVIL'S DOUBLE takes a white-knuckle ride deep into the lawless playground of excess and violence known as Baghdad, 1987. Summoned from the frontline to Saddam Hussein's palace, Iraqi army lieutenant Latif Yahia (Dominic Cooper) is thrust into the highest echelons of the "royal family" when he's ordered to become the 'fiday' -- or body double -- to Saddam's son, the notorious "Black Prince" Uday Hussein (also Dominic Cooper), a reckless, sadistic party-boy with a rabid hunger for sex and brutality. With his and his family's lives at stake, Latif must surrender his former self forever as he learns to walk, talk and act like Uday. But nothing could have prepared him for the horror of the Black Prince's psychotic, drug-addled life of fast cars, easy women and impulsive violence. With one wrong move costing him his life, Latif forges an intimate bond with Sarrab (Ludivine Sagnier), Uday's seductive mistress who's haunted by her own secrets. But as war looms with Kuwait and Uday's depraved gangster regime threatens to destroy them all, Latif realizes that escape from the devil's den will only come at the highest possible cost. more... Featuring a riveting double performance by Dominic Cooper (AN EDUCATION, MAMA MIA) in the roles of Latif Yahia and Uday Hussein, THE DEVIL'S DOUBLE is a dynamic, chilling adaptation of Latif Yahia's autobiographical novel, charting one man's defiant struggle to survive a viper's pit of corruption and brutality. The film is directed by Lee Tamahori (DIE ANOTHER DAY, XXX: STATE OF THE UNION) and written by Michael Thomas (BACKBEAT, SCANDAL). A Lionsgate and Herrick Entertainment presentation a Corsan presentation a Corsan, Corrino, Staccato production in association with FIP Malta Ltd., Film Finance VI, Tulchin Entertainment and Foreign Media. Directed By: Lee Tamahori Screenplay By: Michael Thomas and Latif Yahia facebook: facebook.com/​TheDevilsDouble http://youtu.be/wbGZ_AKfPTU

Latif Yahia Talking about The Devil's Double in Malta.

A sequel of 'The Devil's Double'

A sequel of 'The Devil's Double' was released to critical acclaim in 2011. The Devil's Revenge is a thriller based on in true story' we need your help. Genres: Biography , Drama , Thriller , Action , Spy. Screenplay By: Latif Yahia and JP Rolls. Language: English. Filming Locations: Austria - London - Norway - Germany - Holland - Ireland. Runtime: 110 min. Official website: www.thedevilsrevenge.com for more Reward Value. To get the project started, we need to raise €25,000 This will be used as initial funding to get film grants and other film investors interested plus a director and main cast.. Thanks for your Support.

There are 2 public funders of this project 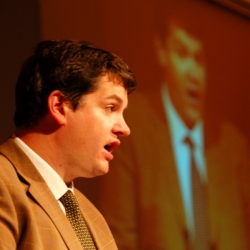