The film is being produced by myself (Stephen Horgan), Victor McGowan, and Matthew Taylor, and is being directed by me. Both Victor and I are graduates of English and Film Studies in UCD, while Matthew is a graduate of History in Trinity College. I have made two prior short films, and a feature film. Among the actors in The Veil is a well-established Fair City actor (Dave Duffy) who has put his faith in the project and been extremely helpful. Our cinematographer, Jules Charlton, has worked in television and film for a number of years, and has shown great enthusiasm towards the visual possibilities of the film. We believe that this film holds a lot of promise, and can stand apart from the majority of other Irish-produced films, given what we would consider to be the unusual concept involved.

We have a lot of great talent in front of and behind the camera, and everybody involved firmly believes in the project. The plan is to shoot the rest of the film over a two week period in August, but we will not be able to do this without your help. We have already shot some scenes, which we would not have been able to do without a series of fundraisers that we held beforehand, and snippets of these scenes can be viewed in the trailer.

We are able to source quality professional equipment, but need the budget we are seeking (2,000 euro) to continue to do so. For me, personally, I have spent two years writing and refining the script (there are over 8 drafts), trying to make it the best story that it can be. I am extremely proud of the footage we have so far (we all are), and I really hope that the film can kick things off in whatever way it may for the company that myself, Victor and Matthew have founded (as mentioned by Victor in the video) so that it may be used as a possible vehicle of resources for aspiring filmmakers and actors in Ireland. It is a real company rather than simply a collective, as we are incorporated. As mentioned above, our families and friends (as well as friends OF our friends) have already helped fund us by coming to the fundraisers that we have held, and that money has been extremely important, having given us the means to achieve what we have, but we need your help in order to go the full way.

WHERE THE MONEY WILL GO:

Thank you for taking the time to read this! 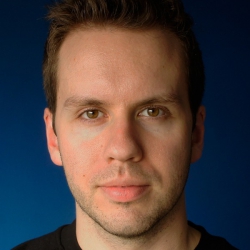